A History of Bankruptcy Laws in the United States 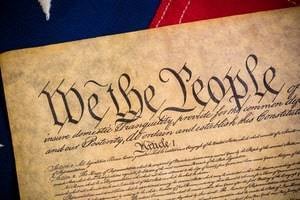 As we celebrate Presidents Day, it is a good time to recognize how our bankruptcy laws have grown under different presidents. Our bankruptcy system is formed from federal laws passed by Congress and signed by presidents – all based on the belief that individuals and businesses should be able to eliminate debts that they are unable to repay. Before the existence of bankruptcy laws, debtors were powerless to stop creditors from seizing their properties or having them imprisoned for not paying their debts. Getting out of debt was often impossible unless you had wealthy or influential friends. A timeline of U.S. bankruptcy law shows that the principles of bankruptcy are older than the country itself.

Bankruptcy has come a long way since the founding of the U.S., and many of its changes have given more power to individuals who owe debts. A Denton County bankruptcy lawyer at The Page Law Firm can utilize the numerous bankruptcy tools that the U.S. offers to help with your case. To schedule a free consultation, call 214-618-2101.

Théda Page's practice of law is motivated by the desire to help people through difficult circumstances. She spends time with her clients in order to understand their needs so that she can provide them with comprehensive and quality representation.

Thank you for contacting us. We will get back to you shortly.

Please complete all required fields below.

The Page Law Firm is committed to answering your questions about Bankruptcy, and Family Law law issues in Collin County.

We offer a complimentary strategy session for consumer bankruptcy clients and we'll gladly discuss your case with you at your convenience. Contact us today to schedule an appointment.